Greetings to friends, family, clients, colleagues, fellow members of the Scottsdale Society of Women Writers, and readers of my book "I Thought I'd Be Done by Now: Hope and Help for Mothers of Adult Children Searching for Peace, Volume I," by Wendy Boorn.

This Thursday, October 10 at 8:00 p.m. Eastern time, 5:00 p.m. Arizona and Pacific time, during a one-hour teleseminar, I will be interviewed by Anne Holmes of the National Association of Baby Boomer Women. We will be discussing my book, my work with parents of adult children, and related issues such as how to reduce guilt and worry and how parenting has changed during the last few generations.

There will also be an opportunity for listeners to post their questions.


I'd love to have you join us, so here is the information for calling into the teleseminar:

· Alternately, if you would like to see if there is a local number to dial in, you can refer to this full List of Dial in Numbers: http://InstantTeleseminar.com/Local/

· You can access the call on your computers or by phone.

· All the information you need to get on the call is here: http://instantteleseminar.com/?eventid=44413770

· You can access the URL listed above at any time before or during the call to type in questions you'd like to ask.

Thanks for listening and I look forward to answering your questions, Wendy
Posted by I Thought I'd Be Done by Now at 8:32 PM No comments:


Most parents of young adults struggle with a similar dilemma: wondering how involved we should be in helping our children find direction for their lives. On the one hand, we want our loved ones to be happy and successful, to have clearly defined goals and the motivation to carry them out. On the other hand, they often lack the goals and/or the motivation, which leads us to wonder how far we should push. I have learned that, generally, the less we do for them, the more they will do for themselves, though not always in the manner, or within the timeline, we would have chosen for them.

Cathy and Tom, parents of 23-year-old Emma, were exhausted from pulling their daughter through college. Now, Emma was jobless, had no drive, and stayed up on Facebook all night, then slept all day. She said she just needed some down time after all those grueling school years. Two months after graduation, however, she was showing no signs of “recuperating” and her parents were starting to pull their hair out. 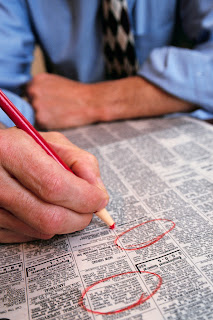 “Well, at least someone can do something around here,” Cathy and Tom agreed, as they put together an elaborate plan of requirements and tasks for Emma’s next two months. Her responsibilities included that she must stay awake during the day and sleep at night; clean up after herself in the kitchen; apply for two jobs or more per day; and work on grad school applications for two hours each day. Emma’s parents felt relieved and excited when the plan was in place; Emma was less enthusiastic. The main difference now was that there was more arguing at the dinner table.

When Cathy and Tom met with me, they felt frustrated, defeated and baffled. “We’re fighting with her every day. We just don’t get it – why won’t she do the things that will help her get ahead?” I answered “Because it’s your plan, not hers, and it’s her job developmentally to prove that you have no control over her anymore. You’re giving her a clear message that you don’t have any faith in her.” Then I gave them two questions to ponder: “What does Emma want for this next stage of her life? What can you do to turn responsibility for her life over to your daughter?”

When they returned two weeks later, Cathy and Tom had big smiles on their faces. “We listened to what you said, went home and apologized to Emma for power-struggling and listened as she explained how lost she feels and what a disappointment and a burden she feels like she is to us. We took “The Plan” off the table, offered to connect her with a career counselor, and she was thrilled. She started cleaning the kitchen and her bathroom without being asked and has started applying for jobs. We’re practicing supporting her without giving advice – it’s hard, but she sure likes it! And dinner is pleasant again.”

As we stop advising and trying to “fix” our kids, and as we learn to listen to them, we all benefit from our restraint.

Asking for Direction - a Spiritual Tool


Trina was in a quandary. Her 24-year-old son Justin was begging her to pay next semester’s college tuition, and she just didn’t know what to do. On the one hand, she was anxious for him to complete his degree and get a full-time job, especially since he still lived rent-free with his mom and dad. On the other hand, Justin never saved much of the money he made at his job and already owed his parents thousands of dollars in loans he had used to pay for a car, college, and so on. He always offered a re-payment plan, but his resolve always dwindled after a few months.

One year earlier, Trina and her husband, worn out from trying to get their son to be responsible, told him they would no longer lend him any money. But this time seemed different: With only one semester to go until graduation, Justin was desperate and even promised to take on another part-time job. As usual, he had put off applying for financial aid until it was too late, and the deadline for registration was the following day. Trina felt torn. Her husband told her he would support whatever she decided.

After talking with a friend and writing in her journal, Trina still had no clarity. She decided to go for a hike, since being out in nature always helped clear her head. As she tied her hiking boots, she said a prayer, turning the decision over to God and asking for a sign about which way to turn. She felt relieved when she arrived at the trailhead, and she set off on a familiar trail. After walking for an hour, she felt more relaxed, but still had no answer, so she decided to take a previously untried route back toward the trail head. 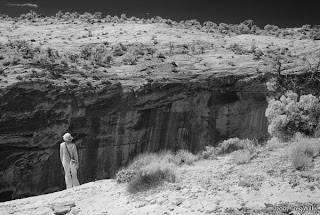 After forty-five minutes of treacherous climbs on overgrown trails, Trina was exhausted and realized she was lost. Stopping to drink some water, she got her bearings and headed off again, hoping to find herself back at her car shortly. Instead, fifteen minutes later she made a startling discovery: a full hour after embarking on this detour, she was back at the exact same place where she had started!

Sitting down on a rock, Trina roared with laughter as it dawned on her that she had, indeed, received her sign. “If I give Justin the money, I’ll wind up in the exact same place I always wind up, and I’ll be more resentful and poorer than ever.” Descending the trail, she thanked God for illuminating her path. Later, she and her husband told Justin that they would not loan him the money, but that they had every confidence in him being able to figure out what to do. Then they took themselves out for a nice Italian dinner.

Turning difficult decisions over to their Higher Power and asking for direction are powerful tools for parents of adult children.

Wendy Boorn, M.C., L.P.C.
www.MothersOfAdultChildren.com
Posted by I Thought I'd Be Done by Now at 12:18 AM No comments: